Hanoi, located on the banks of the Red River, is one of the most ancient capitals in the world, where travellers can find well-preserved colonial buildings, ancient pagodas, and unique museums within the city centre. A great place to explore on foot, this French-colonial city is also known for its delectable cuisine, vibrant nightlife, silks and handicrafts, as well as a multi-cultural community that’s made up of Chinese, French and Russian influences. Meanwhile, its tranquil countryside is a short drive away, featuring lush parks, verdant mountains, and traditional villages, and not forgetting. If you’re a first-time visitor to the Vietnamese capital, our Hanoi travel guide has everything you need to know for a wonderful holiday, including the best accommodation, restaurants, attractions, shopping, and detailed information on the local culture, currency, climate, and transport options.

Hanoi itself has plenty of sightseeing spots. One of the most popular landmarks in Old Quarter is Hoan Kiem Lake, a peaceful public park where you can see locals jogging, enjoying a coffee, practising Taiji and line dancing, ect. There are also several Buddhist temples dating back to the 11th century. In French Quarter, you can find luxury shopping malls, colonial buildings and a war museum.

For thousand years ago, it has been the political center and cultural heart as well. Hanoi is also known the second largest city in both of economics and square; therefore it is called the blending Capital of heritages and modern skyscrapers. You certainly admire an ancient Hanoi with the colonial French architecture houses through our trips to Vietnam. In another side, you can look at a modern capital with an animated and crowded life’s beat. 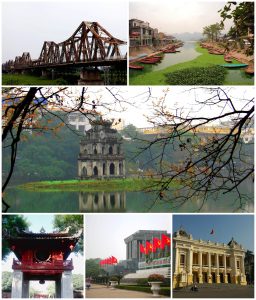 Hanoi’s traffic remains one of the most remarkable elements. It perhaps be only in Hanoi you can see thousands of motorbikes driving in the street. It seems to be quite strange and complicated, but it is too original that it will surprise you and give you more excited.

Another traditional culture of Hanoi peaople is about their families. In here, many generations in a family often live together in the same house. In each family, they have an altar to worship their ancestor. Vietnamese as a whole, and Hanoi people in particular, often trend to the traditional values, customs and habits. Although the rapid development threatens the balance between the traditional and the modern, Hanoi has still kept its soul.

A special culture of Hanoi is about its long-standing cuisine. It is not magnifying when saying that Hanoi is a food paradise with the most famous noodle of “Phở”, “Bún chả”- 44th president of the United States – Barack Obama used to eat in Vietnam, the best coffee, and the best bread in the World. Being verified by the gourmets such as Gordan Ramsay (British famous chef), Anthony Bourdain (American cuisine writer), Hanoi’s food is a resistless thing.

With a Vietnamese custom of going to pagoda for praying healthy and peacefulness, the Capital owns more than one hundred holy temples and pagoda in the center. Standing through thousand years, those temples still keep the ancient and primary forms, contrast with the noise around. Coming to the age-old pagodas in Hanoi, you not only enjoy a completely tranquil atmosphere, but also experience Vietnamese unique designs.

Located in the center, The Old Quarter and Hoan Kiem Lake is the boutique heart of Vietnam’s Capital. Not yet visiting this place means that you have not gone to Hanoi. Almost of cultural and historical beauty focuses on here. You can walk around Hanoi’s 36 old streets all your day to explore the most traditional things of Vietnamese. There are a large number of local shops and hundreds of vendors that you can meet everywhere. Beside of a morden rhythm of daily life, the ancient French architecture has still remained unchanged. It brings to Hanoi an peaceful vitality to satisfy any visitors.

The Old Quarter (Vietnamese: Phố cổ Hà Nội) is the name commonly given to the historical civic urban core of Hanoi, located outside the Imperial Citadel of Thăng Long. This quarter used to be the residential, manufacturing and commercial center, where each street was specialized in one specific type of manufacturing or commerce.

To connect Hanoi’s 36 old streets with the other of new projects, Hoan Kiem Lake is likely the important blood line. It is not only a historical witness being thousand years old, but also the place that is every hearts belongs to. Hoan Kiem often begins her new day from very early when Hanoi people come here to take some exercises. After that, the lake continues to greet millions of visiting traffics up to mid-night. It is the most romantic place in the autumn with changed color leaves, the brightest in the spring when flowers blossom, the coolest in the summer with the big century-old trees, and the warmest in the winter with a lots happy couples on dating. 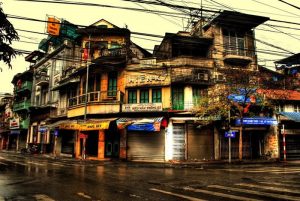 Hanoi Capital was voted in the list of most interesting cities to travel by visitors all over the World. It always makes your heart beat animatedly by the originally charming landscapes, culture and customs.

How To Spend 24 Hours in Hanoi, Vietnam 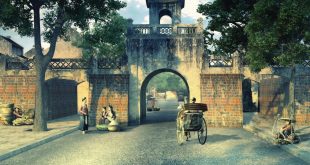 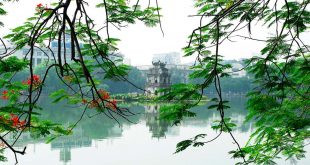 Hanoi Lite – 3 Days   Hanoi is located in the Red River Delta, in the center of North Vietnam. Hanoi means “the hinterland between the rivers”. Throughout the thousand years of its eventful history, marked by destruction, wars and natural calamities, Hanoi still preserves many ancient architectural works including the Old Quarter and over 600 pagodas and temples. Famous … 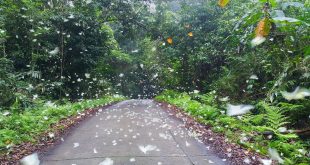 Cuc Phuong National Park Tour – 3 Days Cuc Phuong National Park is one of the most beautiful and important protected areas in Vietnam. It is very easily accessible from Hanoi – just only a 2 ½ hour journey by road. The ancient forest contains almost 2000 species of trees with amazing and rare animals including the Clouded leopard, Delacour’s … 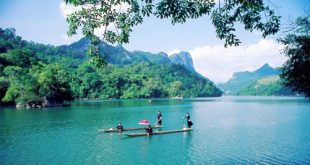 Ba Be Lake at A Glance – 2 Days   Explore this beautiful natural Lake located in Ba Be National Park, where there is dramatic landscape and authentic culture, it is only 280 km from Hanoi. After careful review, Viet Vision Travel would like to offer a 2 day trip to Ba Be Lake for those who love exploring nature … 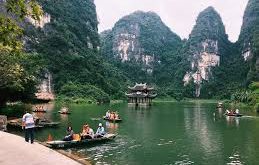 Amazing North Vietnam Tour – 5 Days   The North of Vietnam is amazing at everywhere from its majestic natural beauty to unique ancient one. Start from Hanoi, the capital city of Vietnam of ancient constructions and long-established cultures, then reach Hoa Lu, ancient capital Vietnam since 1oth century, after that visit the picturesque areas of Tam Coc to explore …

Hanoi City at a Glance – 1 Day

Hanoi City at a Glance – 1 Day   Hanoi is one of the most interesting cities in Southeast Asia. Being the capital of Vietnam, the Hanoi City is slow-paced yet quick to charm, with a lovely landscape of lakes, shaded boulevards, verdant public parks, and French-colonial architecture. Hanoi personifies the spirit of historic Vietnam in the temples, monuments, and …

Mai Chau Discovery Tour from Hanoi – 4 Days Mai Chau is just 130 km in the northwest of Hanoi and it sets amongst some of northern Vietnam’s most stunning scenery. This 4-day Mai Chau tour offers a combination of culture and adventure; allows us to spend 3 nights in ethnic minority villages, trekking and walking an average of 5 …