Save to Wishlist
Vietnam’s food is one of the most fascinating parts of the country’s culture. It is complex, dynamic and often surprising – but never boring. Here are eight things you probably didn’t know about Vietnamese cuisine.

Phở and spring rolls are well-known dishes, but there’s so much more to Vietnamese food than you might expect. Full of intriguing foods and flavours, Vietnam’s cuisine is endlessly interesting and offers a valuable insight into the country’s culture. Read on to discover the most remarkable aspects of Vietnamese dining.

Five is the magic number

Like many Asian cuisines, Vietnamese food is underpinned by the Xu Wing and Mahābhūta principles. These philosophies emphasise the importance of the balance between the five elements for health and well-being. This means that each Vietnamese dish features a careful combination of five flavours: sweet, sour, salty, bitter and hot. This sensational synthesis makes every meal an invigorating and memorable experience.

every meal an invigorating and memorable experience.

Breakfast in Vietnam is strictly a savoury affair; you’re unlikely to find many people chowing down on sugary breakfast cereals here. The Vietnamese are early risers and they need serious fuel, so it’s all about steaming hot soup, broken rice and bánh mìs for starting the day. The country’s famous phở soup is in fact traditionally a breakfast dish – although it can be consumed any time of the day.

Given the often sweltering temperatures in Vietnam, it’s no surprise that people tend to prefer cold, liquid desserts. Chè refers to Vietnamese dessert soups, drinks and puddings, which often consist of coconut milk, mung or kidney beans and fruit – to name just a few of many potential ingredients. The tastiest options include chè chuối (banana and coconut milk soup) and chè bắp (sweetcorn and glutinous rice pudding). If you’re looking for a photogenic dessert be sure to try chè ba màu, a traffic light-coloured drink made with beans and jelly that’s instantly refreshing.

Che is a Vietnamese sweet dessert soup, usually served in a glass over ice and eaten with a spoon

Vietnam is divided into three main regions: north, south and central. Although there are common threads between the cuisines of these areas, each boasts its own individual characteristics. In northern Vietnam, food tends to be less spicy and black pepper is strongly favoured over chilli. It’s also home to the legendary bún chả, which Barack Obama and Anthony Bourdain famously enjoyed together in 2016. Central Vietnam, however, boasts complex mixtures of spicy flavours. The cuisine of Hue, the ancient capital of Vietnam, is particularly revered for its variety of distinctive and delicious dishes. Southern Vietnamese cuisine tends to be sweeter and the region’s fertile soil means that herbs are used more liberally in cooking. The southern version of phở tends to be more popular than its northern counterpart, although it’s best to try both to be sure.

Raw animal blood – usually from a duck or pig – is a delicacy in Vietnam. Tiết canh is a soup made from freshly slaughtered animal blood, fish sauce, cooked meat and herbs. Its taste is described as cool, sour and buttery, often washed down with some strong rice wine. Tiết canh can be found on the street but is also often consumed during festive occasions, such as the Lunar New Year, when the animal is typically slaughtered at the host’s home.

Vietnam is the world’s second largest coffee exporter and their beans are nothing short of phenomenal. Strong and full of flavour, Vietnamese coffee(known affectionately by some as ‘rocket fuel’) packs an intense punch, delighting your senses and keeping you buzzing all day. One of the most popular ways to enjoy it is with condensed milk over ice, otherwise known as cà phê sữa đá. The delightful cafes where it’s served are almost as enjoyable as the drink itself, with many of the best ones tucked away in little secret corners and narrow hems.

Hột vịt lộn – duck eggs containing partially developed foetuses – are a popular street food in Vietnam. Often washed down with beer, these eggs are boiled and eaten straight from the shell, with sides and condiments varying regionally. Hột vịt lộn are beloved in Vietnam due to their rich taste and high nutritional value, and are also popular in several other Southeast Asian countries. The eggs are traditionally consumed by pregnant women for strength and fortification.

Fish sauce – or nước mắm – is a major component of Vietnamese cuisine. Made from fermented anchovies and salt, the sauce tends to lose its strong fish taste when combined with other ingredients and instead adds simultaneously sweet and salty flavours to the food. This incredibly versatile condiment is used in many popular dishes and as a delicious dipping sauce for spring rolls, bún chả and broken rice. No experience of Vietnamese cuisine is complete without a taste of nước mắm. 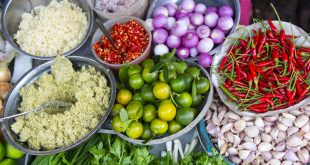 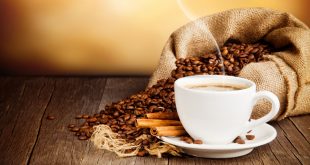 Vietnamese Coffee: Everything You Need to Know